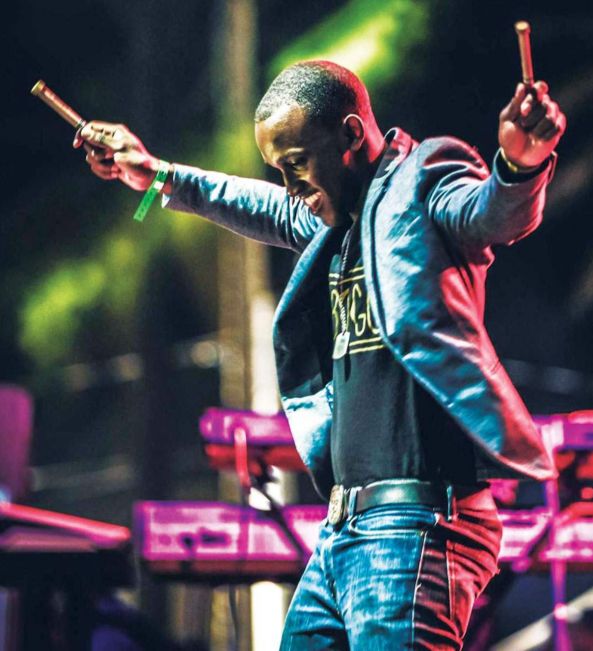 A Virtuoso Pannist and Musician

Gerard Balfour started his musical conquest at the tender age of eight (8) under the tutelage of his sister Anthea Balfour. The first song he learned on the National Instrument was “Falling In Love” by UB40. This intrigued him and he committed to learning more about the Steelpan and the theoretical aspect of music.

Though mostly known and highly regarded for his virtuoso performances on the steelpan, Gerard stepped out of his comfort zone entering the realm of music production with his first single.  And in 2015 he won the Tobago Soca Monarch with the song ‘Show Me Dat’.

Gerard believes that music is a journey. He states passionately, “Music has its challenges but if you TRULY love this universal language then nothing should stop you from obtaining your goals. #learn #focus #humble key words into my dominant musical conquest”.